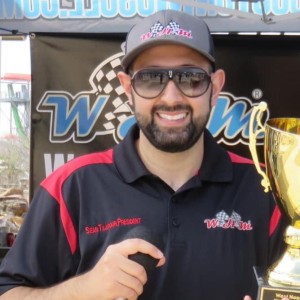 The 2023 Nissan Z is one of the most anticipated sports cars of the decade, and soon they will be hitting the streets. After being introduced to the Proto Z and re-introduced to the Z at the Houston Auto Show, I now have my hands on a pre-production Performance Edition of the header-turn 2-door coupe for seven days. Since day one, in my possession, the Z has received constant attention and praise. Then, jaws dropped, seeing it on the streets of Houston. Finally, owners and fans of the 350Z and 370Z will be satisfied with the redesigned coupe.

The Z in a two-tone Passion Red and Super Black compliments the multi-generational design. The rear screams 300zx and the front is a futuristic extension of the 350Z/370Z. It is almost like a Frankenstein build sewn together cleanly. The rear, which has a low stance and great styling, is my favorite design aspect of the new Z, but the long front hood slowly grew on me as it does compliment the entire car’s silhouette. The black roof, wheels, rear valence, and trunk panel perfectly complete the Z’s two-tone appearance.

The cockpit is nicely redesigned yet still very simple with updated materials. It has a 12.3-inch customizable racing-inspired TFT meter display, triple gauge pods like the previous generation, available leather-appointed sports seats, and an 8-speaker Bose Audio system. The only two features I wished for in the one I drove were cooling seats and a 360 camera. Yet, No bells and whistles are needed to please Z fans. For those familiar with the last generation, you will feel at home in this slightly updated interior. At 6’1, I felt like I was the max size that would be able to drive the Nissan Z and handle the driver-centric cockpit comfortably.

The 2023 Z’s 3.0-liter V6 twin-turbo engine is plentiful and paired with an exhaust tone that can’t help but make you imagine that you are the star of Tokyo Drift. The engine pushes at 400 horsepower and 350 lb-ft of torque and delivers a smooth and perky response. 0-60 with the 9-speed automatic transmission with aluminum paddle shifters is 4.0 seconds. The Z grips well, and the only gripe I had was the loose steering which I expected to be stiffer and sportier. However, in the 400+ miles I drove, I averaged 21.6 MPG, mostly highway driving. In addition, a six-speed manual will be made available for those who want the purest connection between driver and machine.

This site uses Akismet to reduce spam. Learn how your comment data is processed.